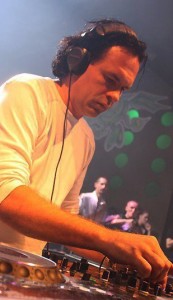 BUZZ FUZZ started out in 1991 playing Hip Hop and R&B from ’86 to ’90. In ’92 he won the Dutch House DJ Championships and he started producing tracks. (Due to the fact that the first price of the Championship was a release on Midtown-Records. This release was I.Q-Mindtransfer/Voodoo) 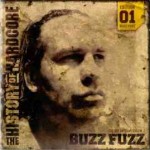 He produced records for Combined Forces and eventually for ID&T where he began his own record label, BZRK Records.

He is also part of the legendary DREAMTEAM. (A group of DJ/Producers consisting of Gizmo, Dano, The Prophet (who quit with The Dreamteam a couple of years ago now) and the madman himself, Buzz Fuzz.)

In ’97 & ’98 his colleagues and the readers of Thundermagazine, a hardcore/gabber magazine, chose him BEST PRODUCER IN THE HARDCORE SCENE. Also he was chosen the best record label and the best remixer of the year.

Buzz Fuzz has played all over the world in such places as Australia, USA,USSR, Canada and of course all over Europe. Together with his associates Rob Gee and Gizmo he started TRIPAX RECORDS in 1996.

Nowadays Buzzy appears on various kick-ass labels such as TRAXTORM, D-BOY, INDUSTRIAL STRENGTH , BONZAI and ADAM RECORDINGS and of course you’ll find him a lot on his own label BZRK.

Some smashing tracks from his hand are:

he also plays progressive house,club,electro funk and techno under the alias Bumble Bee. As Bumble Bee has played on several big festivals in Holland from 1997 till 2009. (7 x Dance Valley Festival,Spaarnwoude in The Netherlands)